My Ears Were Not Made For This, an addendum... 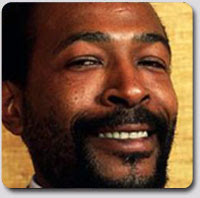 "Hold on there, baby, while I hide the bicycle pump from thieves... mmmHHMMMMM..."
I had completely forgotten about this, but was reminded by Mr Fishwife yesterday: if you listen very carefully to Let's Get It On by Marvin Gaye, as it's starting fading out and he's crooning seductive words of LERVE to his lucky laydeee, there is DEFINITELY the sound of one of those parpy parpy clown bicycle horns. Seriously. Every time I hear it I imagine he's suggestively honking the horn on his Grifter as he parks it behind the garage and starts taking his cycle clips off. Thank you, Mr F, for actually making me laugh out loud.
Posted by Lucy Fishwife 6 comments:

My Ears Were Not Made For This

Currently, for some reason, I seem to be running on a very short fuse. Things that normally I would allow to wash over me are annoying me more than is strictly reasonable. And bizarrely a lot of them seem to be musical. There are too many songs out there that aren't trying hard enough. I'm aware this is very subjective so I apologise in advance if any of them is your personal favourite, but the tetch demands to be released...

1) Songs that fail to live up to the initial promise of the intro
Well, at the moment just the one: Sweet Child Of Mine by Guns and Roses. A sublime introduction that promises great things. And then, after a perfectly OK but not special set of verses and choruses, winds down to a dreary "we can't decide what to do with the end of this and are even singing about it... where do we go where do we go where do we go...". Poor effort all round, Mr Rose, must try harder.

2) Songs that are totally let down by an inappropriately jaunty bit
Here Comes The Night by Them/Van Morrison. What went wrong here? Excellent intro. Excellent chorus. And then the verse has a ridiculously misplaced Benny Hill oompah quality to it. Every time I hear it I want, in a Frankenstein way, to rip out the verses and replace them with something from the Doors.
Spirit Of Radio by Rush, and Jane by Jefferson Starship. What was wrong with those post-prog people?? Why couldn't they leave things alone and not meddle? These songs are the musical equivalent of a cake that has been iced, decorated, and then iced some more, and then soaked in rum, and then served in a lettuce basket with a smoked salmon garnish. Although when I say "smoked salmon garnish" I mean "startlingly embarrassing misguided reggae-style bridge". There's a point in the middle where you actually have the feeling that you're watching your father breakdance at a wedding. Dear God, somebody stop the horror.

3) Songs that are just downright lazy and were phoned in by artists too complacent to care if their work was sub-standard or not
Do I need to say any more than All You Need Is Love by the Beatles? Combining a dirgey sub-Maharishi melody with the most offensive tuba-driven chorus, this resembles nothing so much as a badly-organised minibus singalong on a mental hospital's Chessington day out. Except the singers aren't even pretending they're enjoying themselves. The wah-wah-wawah-waaaah trombone on the chorus sounds like the incidental music from a Carry On film, where Charles Hawtrey has just put on a hat full of custard. Poor, poor, poor.

That's all for now. There'll be more. I haven't even started on the worrying tendency to try to make things youth-accessible by adding rap sections yet.
Posted by Lucy Fishwife 11 comments: 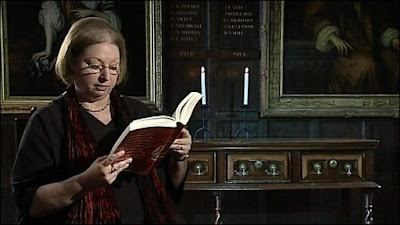 So the bookselling world rejoices in the extremely well-deserved Booker win of Hilary Mantel's Wolf Hall. A marvellous and thoroughly absorbing read (as opposed to "absorbent" - Dan Brown's entire oeuvre springs to mind). And once again, a situation arises that any bookseller out there will be wearily familiar with. What, I ask the rest of you, would most people do on hearing that a book has been given a prize? Why, they may wish to buy it, or if not actually buy it, to pick it up and leaf through a few pages. So what do the publishers do, with distressing and lemming-like regularity, in the face of this sudden burst of publicity and interest? They re-issue the book with the words "Winner of the 2009 Man Booker Prize" on the front cover. And while the book is being thus reissued, it is usually impossible to get copies. Which means that a good percentage of people who might otherwise have bought the book in a frenzy of literary good will, unable to get a copy right now this minute, may change their minds and not buy it at all. Seriously, has no publisher ever thought that it might be a good idea (and a huge financial saving) simply to print rolls of stickers saying "Winner of the 2009 Man Booker Prize" and send them out to bookshops/distributors etc? I can't possibly be the only person who's had this idea...
Posted by Lucy Fishwife 9 comments:

There's a time when you really have to take a deep breath and shout "SENSE OF PROPORTION" at yourself, preferably aloud so you worry that the neighbours might have heard; hopefully you are therefore less likely to do it again. It happened to me this morning, when I was vaguely considering making chicken soup for lunch and found, to my horror, no chicken stock in the freezer. Imagine that. Appalling. I was brought up with a very Nigel Slater "get the most out of a meal" ethic - you never throw a roast chicken carcass away without first having stripped all remaining meat off for sandwiches, and having boiled the bones for stock, which then ends up as peculiar unlabelled bags in the freezer. At one point there were six, which was fine. But evidently we have eaten a lot of soup recently, hence the shocking stock drought. Good God, am I going to have to use (gasp) Knorr????? Pause for deep zen breathing and a lie down.

The Slater ethic has now filled my freezer and half my fridge with suspiciously anonymous bowls of whatnot. I acquired a Sharpie recently (the finest indelible write-anywhere marker in the world, excellent for surreptitiously correcting spelling on laminated airplane instruction cards) but the problem is that being indelible it can't be, obviously, erased - so Tupperware boxes have multiple scribbled-out messages on them that read "apple sauce, NO, RATATOUILLE tomato soup 1994". Items are only readily identifiable when defrosted, and sometimes leftover beef stew doesn't add a great deal to a fruit cake. A nice woman came into the shop the other week and (this happens a lot in Barnes) said "Does anybody want a bag of windfalls? We've got too many." And like the freezer-stuffing fool I am, I took two. Some painful hours of peeling, coring and throwing away the bruised half of each apple ensued - I now have six bags of apple sauce in the freezer too. Would it have been so hard to say no?
I should really point out that none of this is the sign of great virtue - it's further proof of my insidious OCD. I so can't bear to throw food away that sometimes I even put things in the freezer in order to avoid putting them in the bin. A couple of weeks ago I bought what I stupidly thought was a bunch of chard at the rip-off farmers' market up the road - of course it turned out to be pak choi, which don't get me wrong is fine, but even Sainsbury's has it. I wanted chard, with cheese sauce. Having chopped it up, washed it, and even blanched it, I was forced to accept the inevitable - I now had a saucepan full of limp Chinese cabbage. So I froze it. It's still there, silently reproaching me. Maybe one day I'll get it out and do something faintly repulsive with it. I even labelled the bag "CHARD JUST DEFROST AND COOK WITH CHEESE SAUCE actually it might be pak choi". What am I hoping for? That it may just morph into chard through the power of positive thinking? Or that Mr Fishwife will throw it away when he can't fit some hot cross buns in the second drawer down? I need help. Or, failing that, a bigger freezer. It could be worse - Mantua Maker was staying the other week, and raving about the delights of the huge freezer she and Professor MM have acquired - "We needed a larger one because we're involved in this pork scheme with another couple" she said (I can only assume this isn't a Northern euphemism for swinging). At least nobody has tried to involve me and Mr Fishwife in a pork scheme.
Posted by Lucy Fishwife 12 comments: